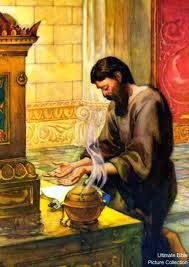 Isaiah chapter 37 is a rich chapter full of honest prayers and real pressure. King Hezekiah is reigning over Jerusalem and the bad guy, Sennacherib, the King of Assyria, is ready to wipe out Jerusalem. Sennacherib sent his military commander to strike fear into the hearts of the people of Israel by taunting them with not only their previous successes at destroying every other city, but by attempting to tear down their trust in what YAH had promised.

Let me ask you this, can you think of anything God has promised you? Perhaps you can think of specific, or unique things, He has spoken to you, but what about even the promises of Scripture?

“If you keep My commandments, you will abide in My love, just as I have kept My father’s commandments and abide in His love.” (John 15:10)

How much do you think the Father loves Jesus? A whole stinkin’ lot, right? And in Messiah’s own words, we see that He promises that if we keep His commandments (even as He kept the Father’s) we will abide in His love. Imagine, what that means to “abide in [Jesus’] love”. Wouldn’t that be the most wonderful place to live our lives? Yes! And it is indeed the place that He has for us to live our lives.

The commander from the Assyrian army was trying to get King Hezekiah and the Israelites to forget God’s word and to worry, fear and doubt. He used tactics like pointing to the events of the world around them, and comparing God to others who had done nothing. Don’t we hear the same lies, or speak them ourselves?

I know I have been guilty of bringing God down to compare Him to the actions of someone I know and equating Him to that person (who may be full of flaws), instead of considering that God stands alone as Creator of all things and exists outside of time and as Isaiah 41 says, “He sits above the circle of the earth and regards the inhabitants as grasshoppers.” He is mighty! He is not like my high school boyfriend who hurt me. He is not like your earthly Dad who messed things up in your life. He is not like anyone else.

Or to look at the world and what’s going wrong and then apply that somehow to God’s lack of ability to come through- we see the enemy playing that same ol’ trick don’t we? Many are concerned about the happenings in America, and all over the world, to an extent that they choose to forget what the one, true God has promised. This is an age-old act of the great Liar, himself.

King Hezekiah gets a final threatening letter from the bad guys I love the verse right after. It reads,

“And Hezekiah received the letter from the hand of the messengers, and read it; and Hezekiah went up to the house of the LORD, and spread it before the LORD.” (Isaiah 37:14)

Hezekiah was disturbed by the letter, clearly upset by the words that had been spoken, the threats that had been made, and the accusations hurled against his God. So what did he do? He went the house of the LORD and put it before Him and prayed. What an example! When we, like Hezekiah, are honestly bogged down by the junk the enemy is throwing at us, let us run to the God and present our weakened hearts before Him. He sees already, but in this act of vulnerability we re-acknowledge His greatness in our lives and we seek His help instead of trying to figure it out on our own.

Hezekiah presents the letter before the LORD and then his prayer is just awesome. I encourage you to take time to read through it (Isaiah 37:15-20). He first acknolwedges God’s immensity and His greatness and he praises the name of the LORD. Then he pours out his own heart before God and seeks His counsel.

And the last phrase he prays is beautiful. It’s the quote this post started with. Hezekiah, broken down by the battering words of the enemy, fearful for his people, wondering if God will indeed save them, prays for the salvation of Jerusalem for one reason…God’s glory. Hezekiah prays,

“Now therefore, O LORD our God, save us from his hand, that all the kingdoms of the earth may know that You are the LORD, You alone.”

This king, who was a man just like us, who had doubts and fears and was persuaded to wonder about the promises of God when the voice of the enemy was so prominent and loud, went to his God. He knew that going into the presence of the Lord was where his peace and wisdom would come from. Hezekiah didn’t hesitate, but instead went straight into the house of LORD and spread out his issue before Him.  And in that humble posture of prayer and vulnerability, he cried out that God would accomplish His will, for His glory- that the world would know that God, alone, is God.

Friend, God has promised you things, clearly in Scripture. Are you doubting because of things the enemy is trying to deceive you with? Run into the house of the LORD and pray; spend time sitting before Him and considering who He really is. He will be faithful. He is the one who is called Faithful and True. Let not the Liar win when he comes against those promises. Believe in the LORD.