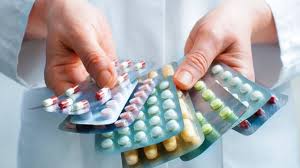 I
am a Paranoid Schizophrenic and have Bipolar Type 2. I also developed Epilepsy
due to an overdose, which I can tell you about in a bit. I’ve had these
disorders as long as I can remember and only after a huge episode in middle
school, was I recognized as being “unstable.” I saw many therapists
and they recommended a medicinal approach to treat my severe stress and
anxiety. From when I was first put on medication the doctor pretty much knew I
was what I am known as today (schizophrenic and bipolar). At one point, the medication doses
got as high as 600mg of Resperdol and 500mg of Serequil to treat
my hallucinations.
Prior
to using the drugs, I would see people and animals come and go whenever I’d
blink- not too threatening. But while on the medication, I would see bizarre
creatures in broad daylight, including monsters from scary stories I’d read. I
read those stories in an attempt to take the nerves off and quiet the ever-increasing
voice, which by the time I began taking medicine had influenced me into compulsive self-injury. I did a number
on myself, including two suicide attempts, in an effort to shut the voice up. My
right leg took the worst of it- 3 separate cuts, which went 1.5 inches into my leg
muscle. I had a customized knife I used, which became
more of a comfort to me than my bible. I limited myself to only losing 10 ml of
blood a day, which was “safe”, meaning I wouldn’t suffer long-term
effects.
Still
people could see it was draining me, and the pills only made things worse. After
telling someone about this, I got my knife taken away so I turned to burning. I
now have permanent scars on my left wrist, arm, shoulder, and both legs from
pouring flammable liquid on them and igniting it, attempting to bore out the
voice. Nothing worked, and the solution from the doctor was just more medicine.
Before the fire and the deepest cuts my doctor admitted me to Aurora Mental
Institution in Tempe. This lead the doctors to no conclusions.
When
I came back my doctor gave me a dosage of Resperdol that was deliberately
toxic- 900mg. I went into a Grand Mal seizure but because my brain had been desensitized due to the level of mental
stress my mind was used to, I was conscious for the whole
thing. I survived but now have involuntary twitches that come and go. The
solution to this? MORE MEDS! I was put on probably 6 different medications that
I don’t remember the names of. Zoloft and Saphris being some notable ones. But
the “biggest” one was the one that made me big- Zyprexa. I gained 60
pounds in 2 weeks and now have stretch marks that make pregnancy marks look
like a joke.
Finally,
I forced my mind to realize these pills weren’t helping with the voice or the
depression and only goaded on the cutting and burning worse and worse. I
got out while I was ‘ahead’. I hadn’t the strength to get to church in months
and finally felt called to listen to bible studies online. Someone recommended
that I listen to Levi Lusko, and after going through his studies in Revelation
and Song of Solomon, I felt my spirit had finally gotten enough nourishment to
actually make a choice. I quit taking my medication cold turkey. The hallucinations
were horrific and I was really itchy, but it only lasted one awful night. After
that, I began my walk with Christ in a way I had never walked before.
My
episodes come as a daily hindrance, like anyone would struggle. However, I have
been given a strength and dependence on what God because of what He has done
for me. As a result of my leap of faith in trusting that I didn’t need to be
brain-dead to function, God has given me a new purpose. I haven’t cut now in 8
months and am pursuing a college degree in psychology. My further goal is to
get into biblical counseling. God is now using me in ways I didn’t have the
strength to think of 9 months ago. Funny thing is, I haven’t regretted it no
matter how many times the voice taunts me and no matter how weird the things I
see are as a result of that “medicine.” I finally got tired of being
tired.
I
can deal with the voice and the stress and the pain if it means I can also know
the comforting voice of the Holy Spirit. I couldn’t have had that with the
pills and I missed it dearly. I can function and smile even with a bully in the
back of my head because Jesus’ voice is clearer now than ever. And He is the
good Shepherd. We as sheep hear His voice and are able to run from the voices
of strangers. In my experience, popping a pill dulls out any voice and just
leaves us vulnerable to the wolves regardless.

“Be alert and of sober mind. Your enemy the devil prowls
around like a roaring lion looking for someone to devour.” 1 Peter 5:8 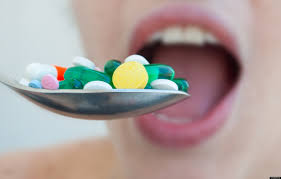 Now that
you know where I’m coming from, let me share more about my opinion of the use of
pharmaceutical drugs. The study of
medicine as the cure all for psychological distress is a flawed one at best.
Consider this- when you ask any psychologist or psychiatrist, with a full
medical education, how they know the medicine they prescribe on a whim is
actually helping their patients- to personally quote my own- they said they
“don’t”. They’re just throwing medicine at us to see if it sticks. And
99% of the time it doesn’t help; and almost just as often it actually makes new
problems to add on to or replace the old ones. The medicinal approach to
psychology today is flawed and does more damage than healing.
My
opinion comes from several cases that I am personally aware of. I am referring
to two women and then myself as examples. Both of these women I know personally
to this day and you’ve just heard my own story.
One of these women fully
embraced the medical approach and ended up frying her brain beyond all reason. When
she was brought to a “better place” according to her psychologist, it only
dulled all her senses and she was unable to receive any support or compassion
from anyone. On top of this, she was initially being treated for Manic Depression but ended up developing a severe case of Epilepsy solely due to the
medicinal dosage. Instead of taking her off of the medicine to stop any
permanent damage, she was just prescribed another even riskier medicine to
treat her Epilepsy. That medication caused her to suffer a serious drop in
important chemicals to her brain and she reverted back to her Manic Depressive
episodes at an ever higher risk to herself and those around her. As you can see
the ‘help’ the doctor gave only made her worse.
The second example, being myself, is almost exactly similar, but even more serious in
the process. I came in hoping for relief from the stress the disorder I was
suffering with caused me. Over a period of several years of treatment, there
are three highlights I’ll go into. First was the Resperdol/Serequil stage,
which many military members may ‘fondly’ recognize. The result of taking those
was both long and short term. There was an increase in the severity of the
symptoms and a total dulling of all emotional reception- nothing short of
zombification. The second was Zyprexa, in which I gained 40 pounds in one week,
and similarly made my symptoms worse. And lastly, the situation that lead my
family to leave the doctor’s practice, was a prescription (we found out later) that was a deliberate attempt on my life. The result of this was a spike in my brain
chemistry leaving scars that now give me Sensory Epilepsy and involuntary
twitches all over my body. In short, I have personal reason to vote in disfavor of popping pills
to get a better grasp of reality.
The third example is
a friend of mine who will remain an anonymous female. She is a close friend and
is someone who caught on to common sense unlike I did. Due to the classic teen
rebellion and depressive phases of any woman’s life through certain stages, she
became depressed and those in authority over her sent her to a hospital to
reestablish a normalcy in her thoughts and behaviors. She went through the
motions to get out of the hospital but when they looked over the reasons she was
sent there they tried to make her take medicine. She strongly refused and after
her discharge actually made progress on her own, by improving the friends she
chose to hang out with- choosing friends who wouldn’t lead her down dangerous
paths.
While at the hospital, the doctors saw her “symptoms” and said she had Borderline
Personality and Defiant Disorders. This diagnosis made a
psychology major at my church laugh almost as much as it did me. She was just a
teen going through teen stuff and the medicinal approach wanted to pump her
full of life-altering pills. Those in the pharmaceutical field seem to look at
the mind and brain like clock work, when they haven’t the slightest idea of how
complex the design of our mind is and how severe the consequences of tampering
with it may be.
God is the author
of life and has uniquely designed each person- mind, body and soul. He is the
Shepherd and Overseer of our souls and my suggestion is that the next time you
or someone you love considers taking drugs to help with the imbalances in life,
no matter how severe, consider Christ instead.