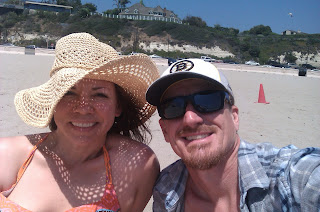 This specific time I am recalling and would like to write about deals with the topic of sex.  The meeting was alive with men asking questions and us quickly responding with Bible passages and life applications.  It went something like this:
You mean having my girl dress up is wrong?  What’s wrong with spicing things up?  Isn’t that normal?
Peter & I – Do you think there is a problem if you need to ask your girl to dress up due to her not doing it for you anymore?
But what if your girl wants to spice things up?  What then?
To be clear, this blog is not about wearing lingerie or really for that matter spicing things up in bed.  It’s about male leadership, and this is where our topic went to this day and it was beautiful!
Peter and I ask them where they think women get the idea of spicing things up or having to focus so much on there appearance continually?
They pondered…but couldn’t find an answer though they were thinking.
We continued to share what our culture is like for women by looking at how we have viewed them growing up.  This didn’t take long for us to realize that as growing boys (teens) there wasn’t a time where we did not objectify women!  We always valued them for there looks and what they could bring us.  All remembered times where a girl would walk by and we would say something or continue to stare.  Most of us starting watching porn or seeing porn in a magazine at young ages, and the music entertainment culture was mostly about getting sex.  We learned well.  Growing up objectifying women has it’s ramifications even in the lives of women.  They learn too.  And this was the point that Peter and I were trying to make.   Maybe the reason so many women might say yes to the desires of men is because this is the way of the world.  Women have been taught what men want.  Why do women strip…men pay for it…why do women do porn…because men buy it…why do women dress they way they do…to land a man.
Now when I think of the experience of sexual intimacy, this can be seen too.  How many women have had a man ask if they could have sex this way or that way?  Usually it is a way that a woman does not feel comfortable with, but due to the man’s unbridled lust, he leaps out in faith to ask her in hopes to fulfill it.  This can go on and on and cause insane mental abuse on a woman.  But most woman have learned that this is just the way it is in the world of men.  This is normal.  But in this situation, the men in the class let us know that there women like it, and ask for it, so why is it wrong to give it to them?  But just because we’ve been socially conditioned for objectification and lust is that good reason to continue to perpetuate it?  Does there come a time where you as a man say to the girl, “Hey, I want to love you, not lust you!”  “This sex thing is not primarily about my orgasm.”

I love what God says to the men of days of Hosea the prophet.  He lived around 755-710BC and was a prophet to Israel.  The book is radical, and you should read it for yourself.  You might be surprised to find this kind of book included in the Holy Scriptures.  But they are a insane testimony of the reality of life, and God’s view on us who live it out.  There is the most incredible love in the book, and the saddest turning away from the beloved.

“Love a woman who is loved by a lover and is committing adultery…”  Hosea 3:1

In chapter four we see God’s heart to us men concerning our social & family leadership with women.  It’s so hard core to hear this, as it’s from the perspective of God, who is watching.  We are forever being tapped.

I will not punish your daughters when they commit harlotry, nor your brides when they commit adultery; For the men themselves go apart with harlots, and offer sacrifices with a ritual harlot.  Therefore people who do not understand will be trampled.

And so there it is, the perspective of the almighty.  The daughters and brides are not going to be judged…the men are!  They should be leading there ladies, but instead they were teaching them to value objectification and sexual narcissism.  So much so that they not only learned the behavior, but it was now normal.  To act like a man in his pursuit of sexual narcissism was now common for her too!  And now, do you see it in our culture?  Men lust and lead in it, women follow in this patriarchal society.  Is patriarchy to criticize?  I think that’s too easy to blame.  Bad leadership whether in a patriarchal society or a matriarchal will get us to the same place.  Leadership is the problem and specifically leadership as to what does love look like.  Wouldn’t it be cool if the guys didn’t whistle at the girls or yell out, “Your hot, come over hear girl!”  This kind of leadership keeps the cycle of selfish lust going, and when wanting to get off that wheel, it is tough…real tough.
My own life bears this out.  Though I am a Christian and love the Lord, love my wife and have, by grace, tried my best to not sexually educate in a narcissistic way, I find a deep root of yuck in me.  One that is easily satisfied by the amount of lust in the culture.  I know it’s wrong, for all I need to do is think if I want guys to yell out sexual things to my daughter!  Is strange men salivating over my daughter in the mall or at the beach cool?  Not for this dad.  And in this society it would be considered a foolish, irresponsible thing to allow someone to talk to your daughter in a disrespectful way, especially a sexual way.  But the odd thing is we allow it in all other aspects of our social life through music, entertainment, movies, games etc…
Don’t blame porn…porn is just an parody of the world we live in, a reflection of it, the good, not so good, and horrible.
It’s the human heart that is the problem when we evaluate it all.  It seems we have a default that is prone to fail.
Men, we need a change of heart and mind.  There are many movements that will help you see things different.  Feminism, the fight against patriarchy.  On another front, fight the new drug with it’s porn kills love campaign as seen on billboards in San Francisco.  Both demonize something. For one, it’s the family, social, political arrangement of leadership, and for the other it’s porn.
Jesus forces us into a different, more personal direction.  He tells us that porn and patriarchy are not the problem…YOU & I ARE THE PROBLEM.

“For out of the heart of men proceed evil thoughts, adulteries, fortification, murders, thefts, covetousness, wickedness, deceit, lewdness, and evil eye, blasphemy, pride, foolishness.  All these evil things come from within and defile a man.  Mark 7:21-23

What if all us men walked in a way to love God and love our neighbors!  What a mission in life it is to promote that way.  How would it affect our culture and the way women behave?  I can only imagine for the positive.  It’s a difficult mission and dare I say impossible!  But through renewing our mind in the Bible, seeking help from the Spirit of Christ, surrendering our wills to Him, there can be a little change.  May be just enough to change the life and path of another for the good!