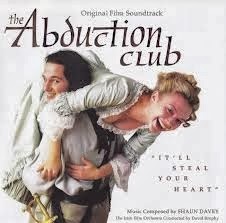 Abducted. Is this word ever a positive thing? Yup, to Katy Perry it is. Well, Katy and Kanye. They have a song out right now, probably super popular on the radio. I don’t know, I’m lame and don’t really listen to the radio, but I did get the chance to hear it in a local shop near the University. A few of the words caught my attention so I went ahead and looked up the lyrics online. Being involved in a ministry that deals, as honestly as we can, with sex, what the bible actually says about it and the distortions of it, I shouldn’t have been surprised about what I read.

At first glance, I was so bummed that a message like this is going out in this song. The guy comes in singing about how rad he is (sexually, of course) and that his kind of love is other-worldly. At least he admits that his behavior is animalistic, but he is prized in the opening verse as a “legend” and that being with him is the “danger zone” and the “fantasy”. Then the girl’s part comes in and the message is that her great longing is to be “abducted” by this supernatural experience of lust. The sex being talked about through these lyrics is brutal, ugly and forceful, yet it’s something the girl is all about. Even excited over and desiring.

Again, at first, I was bummed at this lewdness and the distorted message. The song is saying- being a chick means having this kind of crazy sex and that therein is your value; the dude gets praised for his sexual domination and the chick is just trying to get what he has. And, yeah, that is a bummer, it’s a distortion of what God intended.

But then I had to stop and consider my own heart, my own past. Without getting too personal, I have had thoughts of a similar distortion. In fact, I’d wager to guess that many women out there have fantasized about that which isn’t beautiful, kind or sensitive. Why do we do that? Why do women want to be hurt? Especially in this regard? I mean, yes, there’s a whole thing about women’s rights and getting the fair thing, and standing up for ourselves. But I’m talking about- why is there this secret (maybe no-so-secret depending on your crowd) pull to be sexually mistreated or exploited as a girl?

Somewhere along the line, the boy grows up to be a ‘guy’ and the girl grows up to be a ‘chick’ and he continues to dig the lust and distorted view of sex, wanting what’s weird and ugly, and she seems to become cool with that notion too. In fact, she eventually begins to give herself away, willingly, lusting after her own exploitation.

I see the correlation between having access to pornography (whether you wanted it or not) from such a young age and the distortion of sex that it offers, then the later consequences of how we view ourselves and sex in our adult lives. Some of the junior high students interviewed said they would just be perusing Facebook and a friend would send them a link and they’d all of a sudden be knee-deep in pornographic images, some of which I’m sure they wished they could’ve never seen. Unintended, but the enemy uses that little seed and sooner or later we have a whole generation singing (or listening to) lyrics like,

“Kiss me, kiss me
Infect me with your love and
Fill me with your poison
Take me, take me
Wanna be your victim
Ready for abduction.”

God talks of sex in very different terms. God designed sex to show the world what His love was like. Right off the bat, that might make most of you squirm. Sex is about God’s love? Yes, it is…in amazing ways. We have such a crazy distorted view of sex many of us can’t even begin to wrap our mind around the concept. But, that’s the filter of lust, not the one of biblical love. Paul quotes Genesis and talks about how when a man becomes one flesh with his wife, that act is a depiction of Christ and the Church, His bride. Sex was designed by God, and as all things that were designed by God glorify Him, so does sex (when done in the scriptural context). The literal two becoming one that happens in the act of sex, is a picture of God, Himself. God is one of many parts (the Father, Son and Holy Spirit) and that compound unity can be seen when we see one man and one woman coming together in sex and becoming ‘one flesh’- also a compound unity.

Question for ya… wouldn’t it be mind-blowing if the Church showed the world what true sex was all about and caused the world to look at Christians and say, “Wow…I don’t want this lie of the world anymore. I want what they’ve got!”

“So husbands ought to love their own wives as their own bodies; he who loves his wife loves himself. For no one ever hated his own flesh, but nourishes and cherishes it, just as the Lord does the church. For we are members of His body, of His flesh and of His bones. ‘For this reason a man shall leave his father and mother and be joined to his wife, and the two shall become one flesh.’ This is a great mystery, but I speak concerning Christ and the church.” (Ephesians 5:28-32)