“Having eyes full of adultery and that cannot cease from sin, enticing unstable souls.  They have a heart trained in covetous practices, and are accursed children.” 2nd Peter 2:14

I would like to take the time to say something here that I think is quiite importanat to point out for us from the writting of Peter.

These false teachers had:

They Cannot cease from sin – Here is the problem of viewing sexually stimulating ‘acts.’  It is addictive.  We will soon be in bondage to the behavior.  It’s not that we will not cease, but we “cannot” cease. (akatapaustos – unable to stop, unceasing)

Continued viewing brings us to consistent behaving, leading to bondage.  We now think adultery behavior is the way things were designed, we have seen so much of it.  My culture bears this out completely.  Growing up I saw behaviors over and over and assumed that was the way things were done.  I had to re-learn what I had seen for years and years.  The brain is a magnificant sensory organ in the body, capturing images and storing them in our hard drive, over and over this happens.  We tend to emulate those we see on the screen.  But the end of this is destruction.  This behavior really was not what we were created for, but a ploy of the Matrix so to speak, to keep us in our so called happy blindness.

Trained in covetous practices – When learning guitar, I practiced.  I did not practice once a week, but for hours a day.  Now picking up a guitar and playing something takes no thought at all.  It comes easy and naturally.  How great is that?  But what if it’s adultery, lust, sexual immorality?  Don’t you think this too becomes natural to us who have been practitioners of this?  We cannot just think the input in the brain has not changed the way we export behavior.  Something is training you and I!  What is that?  We get so used to mediocrity in porn that we cannot see the beauty in our own spouses or a precious older couple that has weathered the storms of life for 65 years.  Oh, we have compromised through a deception, our hearts have become hard.  It’s like those that listen to American Idol singers never realizing the greatness of the Hillard Ensemble of works of Puccini.

Kill your TV!  haha – I remember that bumper sticker.  Maybe there is a inner crucifying that we need to do within the church to find something far greater, or rather someone! 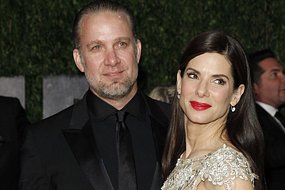 “Sandra Bullock’s husband Jesse James is seeking unspecified in-patient treatment after being caught in a media storm amid reports he had multiple mistresses.”

The debate about sex addiction becomes absolutely boring and a bit foolish.  Is it really a addiction?  Are men just using that as a excuses to not face the consequences of there actions?

The therapy people of the world just love this!  What becomes so frustrating for me in watching this is that the perspectives taken do not get to the root issue of the problems in the peoples lives.  Tiger Woods and his wife had great goals when married, with great thoughts and feelings towards one another no doubt.  They are not stupid people who got married in Vegas after knowing each other for a day or two, but people who dated and thought through there life as husband and wife.  But why then does this not last or prevent adultery?  Because all the right goals and pursuits in this world, no matter how noble or praise worthy is not the glue that holds marriage together in wholeness or better yet…holiness.  Now the world thinks so.  Therapy from the worlds perspective just says you need to be more compatible (hence e-harmony, preached on the Michael Nedveed show), have common goals, spiritually, financially etc… and your good to go.   But as statistics bear out in the church and out of it, that is not the case.

The reason guys or girls (no one mention them, though these guys are having sex with them), engage in sex outside of marriage is simply because they are not satisfied.  Not sexually by there wives, but because they have a porn view of sex, and of life.  They like the women at the well in John chapter 4 went from one pleasure to another because they did not know the one who could give them satisfaction and complete pleasure.  The fact is that no person on the earth can satisfy you!!!  Did you hear that… I don’t care how much alike you are, you will never, ever, ever be complete in another other than your creator.  Only He can give you what you need and the proper view of love which shows itself in the bedroom to the way you relate to enemies.  You are complete in HIM (Christ, Colossians 2:10).  The reason no one on earth can satisfy you is because they are the walking dead, mortal, & sinful.  Discribing people that way helps us understand that we cannot be filled with peace and complete pleasure by this kind of entity.  We need a eternall love and pleasure that brings lasting peace, not bondge.  The pleasure of this world (i.e. sex) does not last, hence the need for Tiger or Jesse James to seek this false pleasure again and again.

Is it a addiction, sure if you define addiction as a habitual behavior that leads to destruction of family, friends and yourself.  Do these guys say this to get out of the responsibility of it?  Time will tell of the intents of the heart, but the only reason it’s considered bad in the culture is because of the way we currently view women (not as property as in the past) and a Christian (though it’s fading) view of marriage, one man and women for life…(this to is passing away in our culture)

Let’s look at things from a Biblical point of view and not a psychological/therapy view.  “In God’s light we see light (clearly)” Psalm 36:9